Advantages, Disadvantages, & Risks Of Virtualization For Your Database — And How To Get It Right! 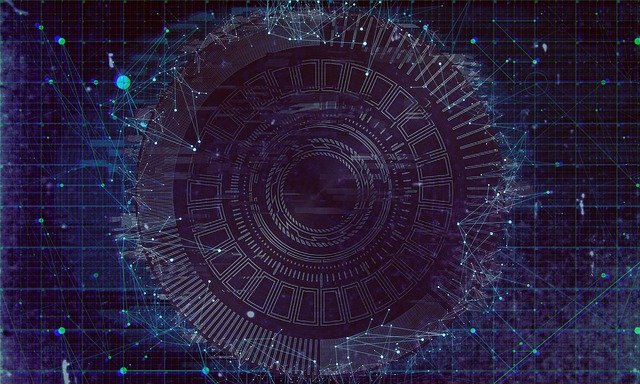 There are many types of virtualization. Storage, network, server, database. For the purposes of this article I will discuss server virtualization, but with a special focus on servers that will house databases.

I am choosing to write about server virtualization in this article because it is has been more widely adopted so far than database virtualization and is implemented in a database agnostic way. In other words, when you virtualize your database servers, the advantages and disadvantages will apply to any database that you are using on that server.

There are many advantages to server virtualization.  I will discuss two key advantages here.

Probably the greatest advantage of server virtualization is rapid provisioning. Virtualization platforms like VMWare enable us to build new servers in seconds based on existing servers or server templates. This is a major improvement over needing to configure servers individually in the past.  This saves time, money, and perhaps most importantly, improves consistency and can be used to enforce policies if administered and controlled properly.  By narrowly configuring servers to handle one database or a collection of related databases, we can extend the benefits of rapid provisioning to the database, facilitating rapid creation or refresh of test, dev, or qa database environments, for example.

Another advantage of virtualization is greater resource utilization. Servers on many virtualization platforms can be configured to use resources such as memory on an as- needed basis. This minimizes the amount of resources that need to be maintained for burst times, assuming that all servers do not burst at the same time. Of course, taking advantage of this capability requires careful planning and an understanding of the resource usage profiles of your servers.

Rapid and simple provisioning comes with a cost. The ease and speed of spinning up new servers tends to promote server and database sprawl, causing management and accountability problems. When virtualizing, strict policies and procedures must be implemented and enforced to avoid future problems, especially in environments with multiple system managers.

In addition to management and accountability problems, actual costs can spin out of control. In a cloud environment like AWS (one type of virtualization), cloud provider costs that seem small on a server-by-server basis, quickly add up as server sprawl kicks in. Similarly with in-house virtualization infrastructure, easily created servers eventually overwhelm the resources in the system and more hardware must be purchased, often with difficulty tracking those costs to specific projects or departments.

Database and System management involves a number of skills;  there are the hard technical skills like knowing what command commands to execute in order to download and install a Linux distribution or an Oracle Patch.  And for every one of those hard skills, there are a hundred soft skills, like knowing what downstream impact a Linux patch may have, what the likely security implications are of granting access to folder required by a piece of software that needs to be installed, or knowing how to determine the most efficient way to configure resources for Oracle.  A huge risk in a virtualized environment is that the ease and speed of provisioning may give the false impression that the need for highly skilled system and database managers has diminished. On the contrary, I think that the ease and speed of provisioning increases the need for those skill sets, because the potential to propagate a poor configuration throughout the system is much greater in a virtualized environment.  And fixing 10 servers later is much more expensive than provisioning the first server properly in the beginning.

Major database vendors price their software based on the underlying resources on the machine that it is running on. In a virtual environment, we can assign a certain amount of computer power to a database server, and that can be a small fraction of the total computer power of the virtualization cluster. But the vendors don’t see it that way, Oracle for example, bases the cost on the total CPU power across the whole cluster regardless of how much power we assign to a given server. This is true unless we use Oracle’s virtualization platform, where it honors the resource partitioning of the virtualization platform. Misunderstanding about this licensing model has caused many companies to be unexpectedly charged very large back licensing fees.  Note that a potential solution to this may be to create a separate virtualization cluster for the database environment but this limits some of the advantages described above.

Security is always a concern when provisioning a server or database. There are many configuration settings, folder access rights restrictions, OS and database users that need to be deactivated, removed, or restricted. The rapid cloning and perceived lower skill requirement for provisioning new servers can take a small security problem and rapidly propagate it throughout the environment. So while there may not be new security vulnerabilities introduced simply because we now operate in a virtual environment,  as with all of the other disadvantages and risk that I mentioned, the risks are magnified in a rapid provisioning environment.

How To Get It Right?

I first spoke to the CIO of a financial institution that runs their entire shop on virtualized servers. He said that in-house server virtualization is a mature technology and risks are low for an organization with a relatively stable application mix and resource load, and with a small system management staff. He also feels that compromising like throwing a whole blade server at a specific application, is somethings worth it to limit the risk of resource contention, even though it may reduce the benefit of efficient resource utilization.

I also spoke with Rocco Guerriero, CEO of Contour Data Solutions. Rocco says that having the right policies and procedures in place is the key to ensuring a trouble free environment. For example, he points out that if you are implementing a mission critical database server with a standby database, it is important to ensure that the virtual server holding the primary database will never be migrated to the same physical server that holds the standby. This can be done using rules that can be specified using the virtualization tools.

Rocco also cautions that a good rule of thumb is to have enough resources in each cluster so that you don’t exceeding 50% usage during typical load.  This ensures that servers can acquire the resources they need when demand spikes.

And finally, he recommends carefully assigning priorities to virtual machines if you need to ensure that certain servers always get the resources they need even at the expense of others.

Server Virtualization can be an effective way to reduce costs and speed up provisioning of hardware and software for our IT projects. But we must mitigate the risks from the beginning. Here are a few steps that I believe should be part the management plan for any virtualized environment.

At the end of the day the thing to remember is that provisioning servers is very easy, and very easy to get it wrong.